IP Dome Cameras are equally suitable in a commercial or domestic environment. All the dome cameras are 3 axis and can be mounted on a ceiling, a wall or a soffit. We can supply cameras up to 8 megapixel of resolution but in the main 2MP or 4MP IP dome cameras are most frequently used. 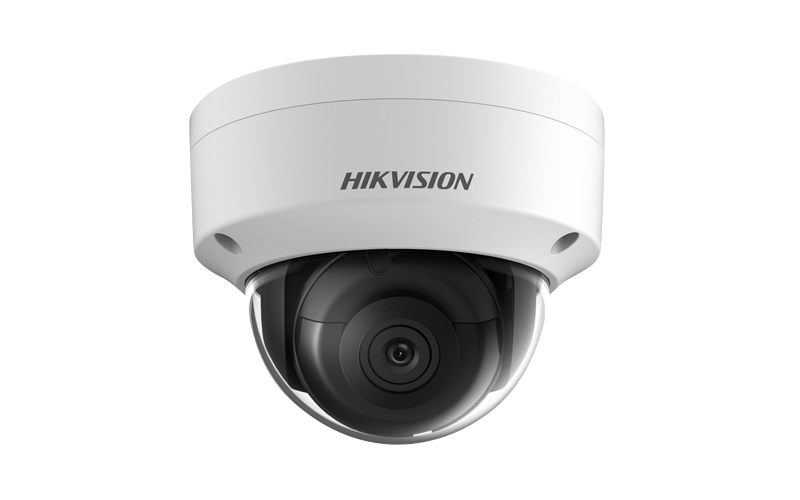 So in a domestic installation the 2MP IP camera is the most commonly used. Most homes will have a dome type camera installed on the soffit. In commercial applications the IP dome camera is mainly used indoors but can be used externally. A mixture of 4MP and 2MP cameras will be provide excellent coverage in any commercial environment. We would recommend installing the 4MP camera in the most important areas such as doorways (to identify all persons entering the premises) and over cash registers.

All our IP cameras are POE enabled which means the camera does not have to be powered separately if connected back to another POE device such as a POE switch or a HIKVISION NVR with POE on-board. The 4MP IP dome camera when coupled with an NVR such as the DS-7716NIE4/16P with till scan software on board can provide an excellent solution for any retail environment. The till scan software will overlay all the transactions from a cash register onto the specified camera. Various searches can then be made such as viewing recorded footage within a specific time frame and checking that all the items given to a customer where put through the till. You can also carry out other searches such as “how many pints of Guinness where sold within a certain time frame” etc.

Like any IP camera the IP dome camera can also be installed in a remote location once there is power at that location. The video signal can be sent back wireless via an IP wireless station link to the NVR. 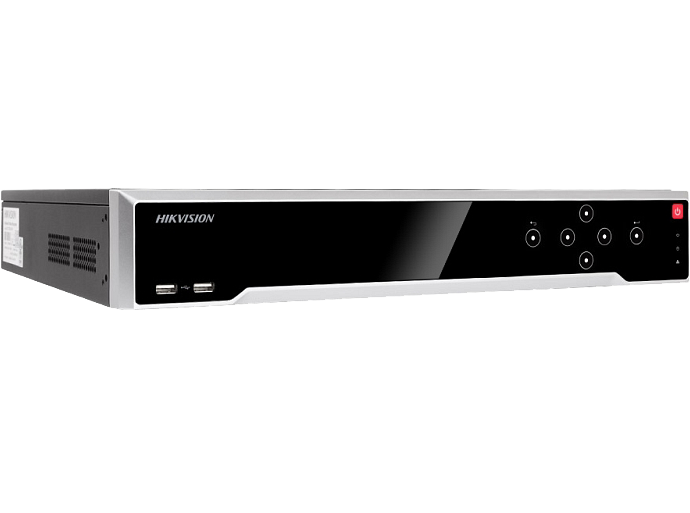 " All of our Digital Video Recorders allow for the connection of any existing analogue cameras that you may already have installed. If you are changing any camera, a full high definition camera can be installed in place of the old analogue camera reusing the existing cabling. This makes the HIKVISION Turbo DVR perfect for upgrades. All of the Turbo Digital Video Recorders can be connected to the internet for remote viewing via a smart phone, tablet and PC."

About our turbo recorders 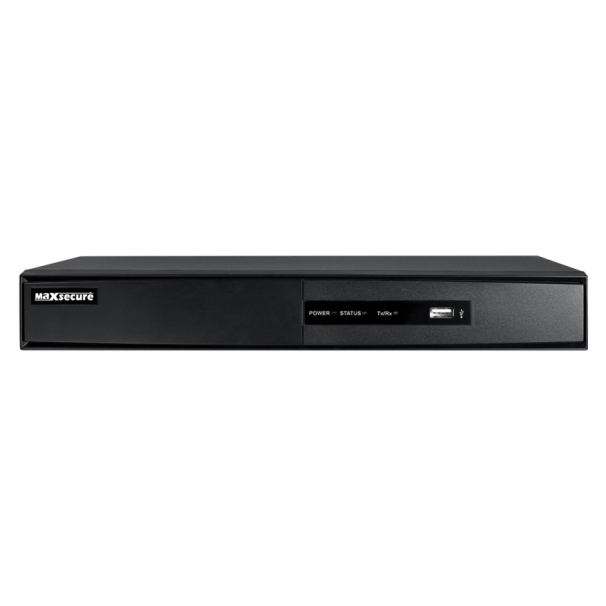 All of the HIKVISION 7300, 8000 and 9000 series DVRs feature built in Automatic Number Plate Reading software (ANPR). Compatible IP Cameras must be used with DVRs to provide this solution.

All of our DVRs are fitted with WD purple Security hard drives or Seagate Security rated hard drives. The smallest 4-Channel DVR can take up to 8TB of storage and the largest DVR has a capacity in excess of 64TB. The hard drives come in sizes of 1TB, 2TB, 3TB, 4TB, 6TB and 8TB.

All our High Definition Bullet cameras need to be matched with a HIKVISION Turbo HD DVR or similar quality HD TVI DVR.

Please scroll down the page to view our various Bullet camera options. 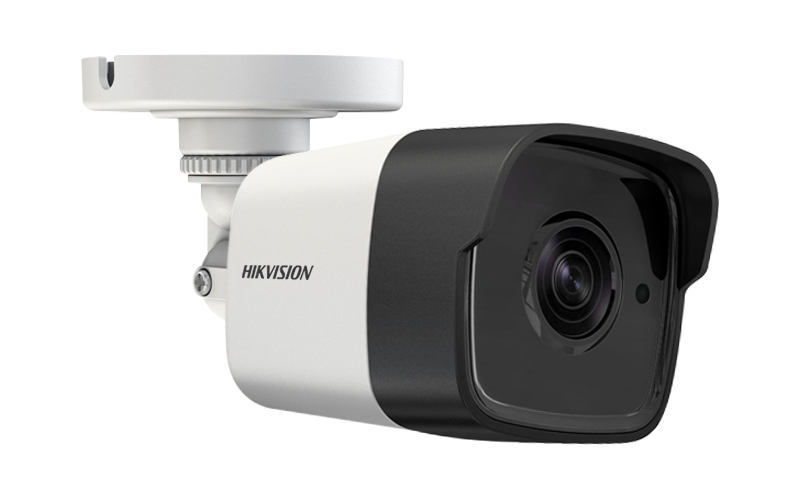 The major benefits of using a Turbo HD camera are:

1. Traditional coaxial cable can be re-used, so if you are upgrading your cameras and the original cabling is there, it can be reused for the new HD cameras. We would recommend a maximum distance of over 220 meters for transmitting a full HD video camera signal over RG59 coaxial cable.

2. The HD Cameras tend to be less expensive than the equivalent IP cameras. So if you want to install a new full HD 1080P CCTV system it will be cheaper to opt for a HD system rather than a 2-Megapixel IP CCTV system. Companies have been able to save thousands of euro by keeping the existing cabling structure and just swapping out the cameras and the DVR recorders.

The HD Bullet IR Cameras are very suitable for viewing large areas such as car parks outside warehouses or schools. In certain domestic applications people choose the bullet camera if they want the camera to be prominent, it is suitable to be fitted on a wall, soffit or a pole and comes with its own bracket built in. 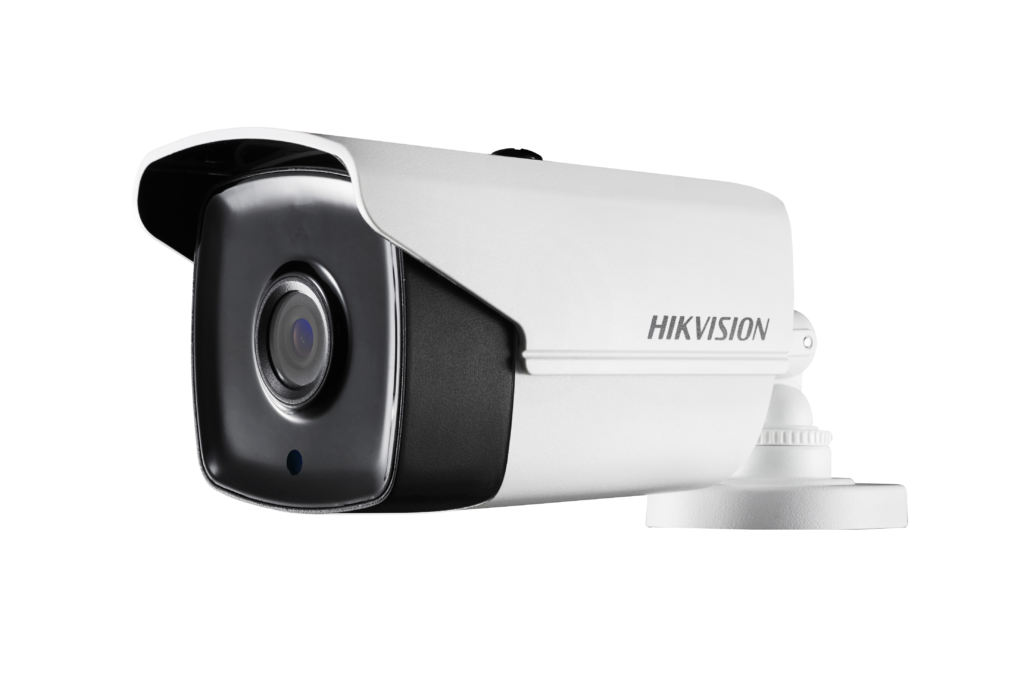 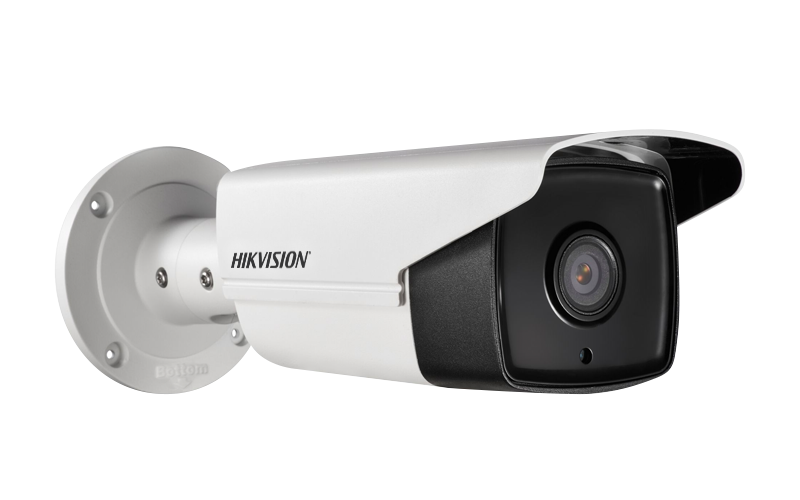 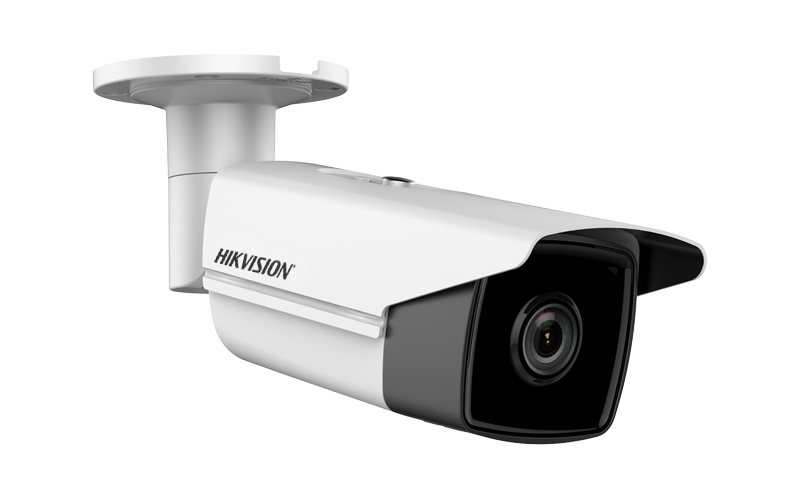 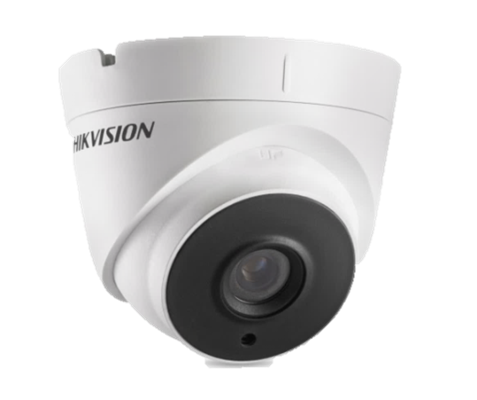 The main advantages of installing a Turbo HD camera are:

The majority of HD Dome Cameras will have 40 meter IR distance capability at night time in complete darkness. All of the HIKVISION HD Dome Cameras come with smart IR Leds which prevent the infra red from over exposing when an object or person is close to the camera.

The HD Dome IR Cameras are suitable for viewing areas within a 30 meter distance. They are equally suitable for internal or external applications as they are a discreet camera so are perfect for homes or outside shops etc when a camera may need to be located lower down at the shop front etc. Most of the HD dome cameras come in a vandal resistant type dome housing. 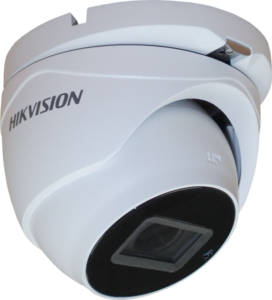 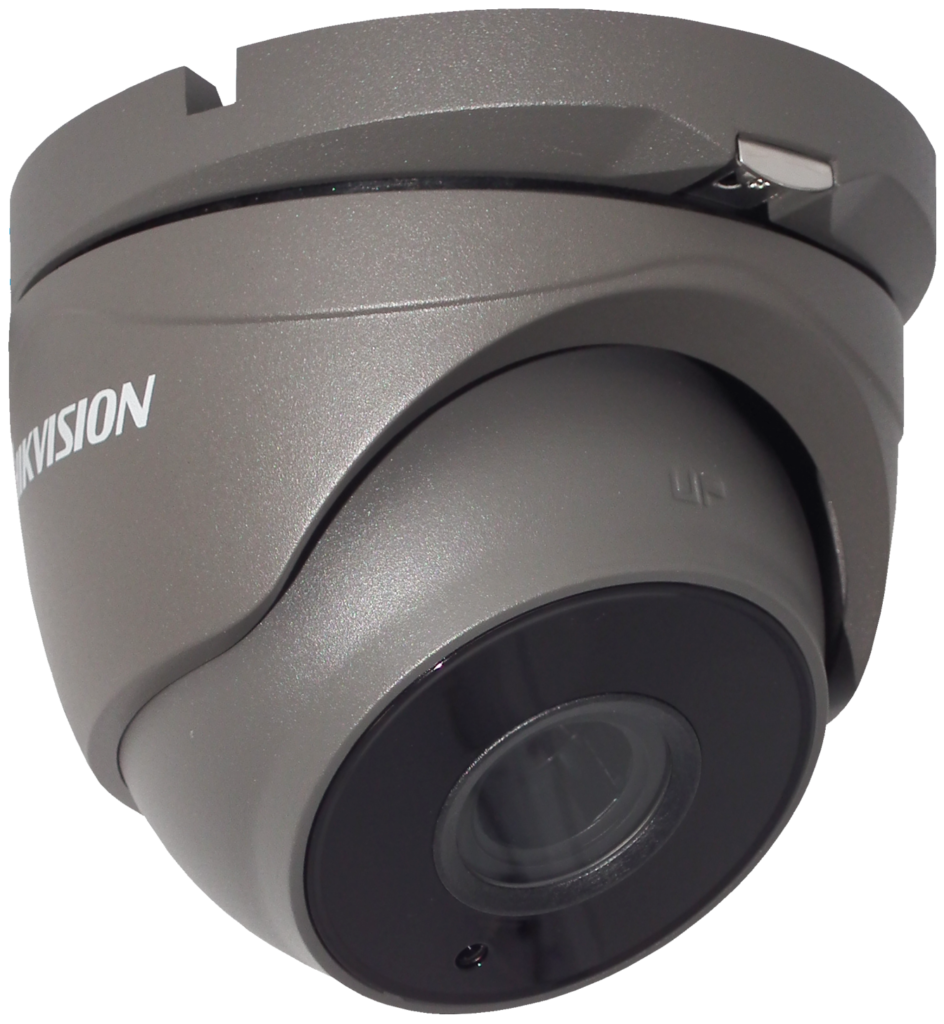 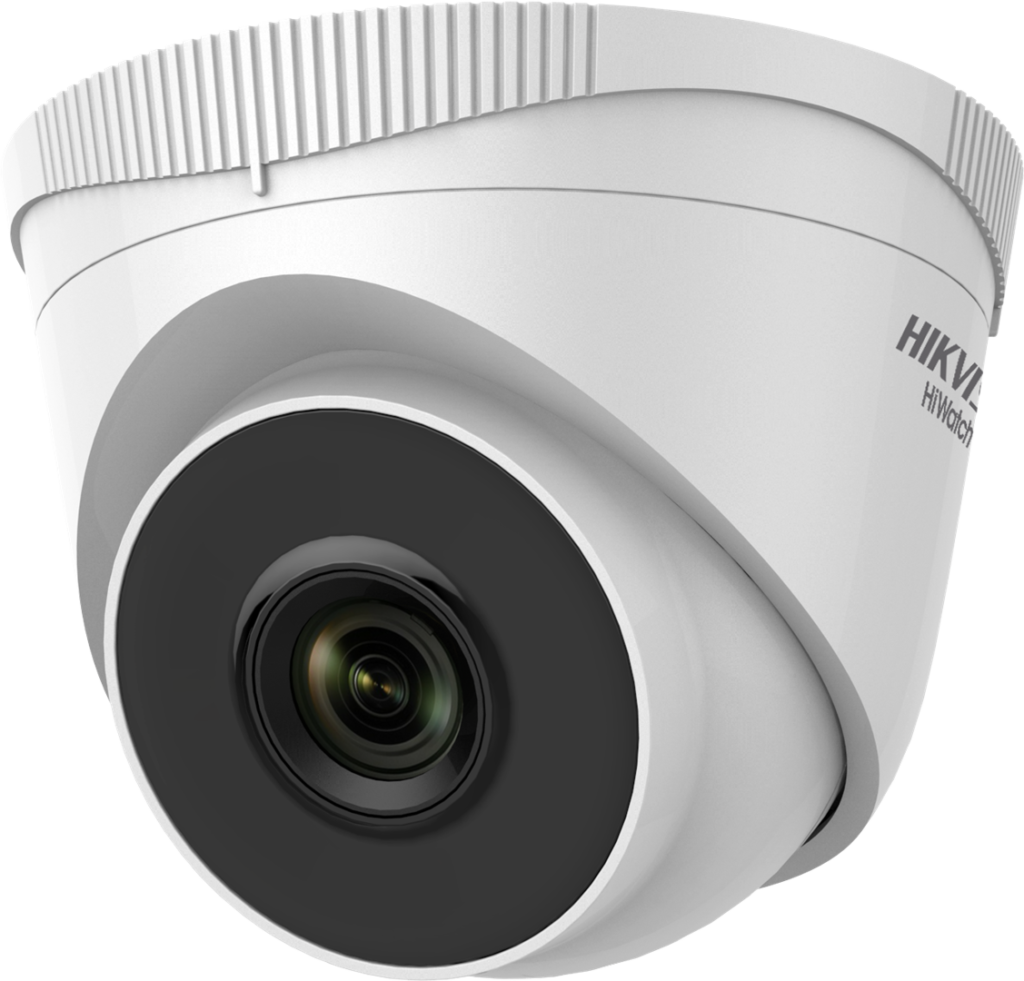